HowFaceCare.com > Health > Top-5 Food Additives that Everyone Should Take 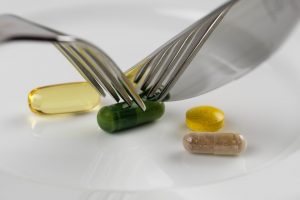 If you are interested in the optimal body composition and lead a healthy lifestyle, then you are already familiar with useful food and dietary supplements. But even if you eat a variety of healthy foods, the number of some useful nutrients in them may be inadequate. This article, first of all, is addressed to those who just want to start leading a healthy life because sometimes it is difficult to understand where to start.

It is not useless for experienced people as well, you will confirm or refute your knowledge about the necessary food additives. We will examine in detail the list of the five best food and biologically active additives, which are called the “Base Five”, with which the body will get everything necessary for optimal work and healthy longevity.

If you are going to limit yourself to only one supplement, then most experts suggest fish oil for this role. Why is it needed? Fish oil is very useful because it contains essential fatty acids EPA and DHA. These compounds are part of the outer layer of all cells in our body, improving the transmission of signals or “messages” between cells. From a practical point of view, this means that in order to obtain energy, the body begins to lean more toward stored fat stores than to glucose derived from carbohydrates. In addition, the sensitivity to insulin improves and the level of metabolism increases.

There is confirmed scientific evidence that fish fat has a high thermal effect, increasing the number of calories burned by the body during digestion. For example, according to one study among men who increased the consumption of fish oil from 0.5 grams to 3 grams per day for 2 weeks, the thermal effect increased by 51 per cent.

Fish oil is also needed to neutralize the inflammatory effect of processed vegetable and vegetable oils, such as soy or corn, consumed in large quantities by residents of developed countries. This essential nutritional supplement performs the following functions:

How to take the additive?

The optimal dose is 1-3 grams of EPA and DHA daily. The quality of the additive is very important, since the data show that under many brands of fish oil, a spoiled or even contaminated product is sold that does not correspond to the information stated on the label.

There are several other criteria and recommendations for the use of this food additive:

Important: To check the freshness, you need to chew one capsule at the opening of a new package. Safe fish oil has a mild taste while the spoiled oil has a sour taste. 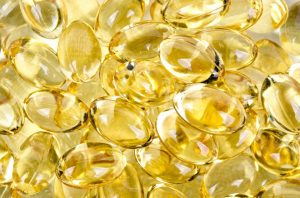 A lot of scientific research shows that a healthy level of vitamin D in our body is the easiest way to prevent a variety of diseases and injuries. Vitamin D (not to be confused with Calcium-D3 Nycomed) promotes active longevity and optimizes body composition. Let’s consider, why the given food additive and the mechanism of its influence on an organism is so important.

Related:   Recipes of homemade nettle tea and other uses of nettle’s properties!

Deficiency of vitamin D, not least, is widespread due to the use of sunscreens (already SPF 15 reduces the synthesis of vitamin D by as much as 98%). If you do not sunbather every day without sunglasses and creams, then a low level of vitamin D is almost guaranteed.

The results of numerous studies over the past decade have inextricably linked vitamin D deficiency with an increased risk of cardiovascular disease, impaired cognitive function and obesity. Here, there are just a few reasons for taking vitamin D:

Important: The intake of dietary supplement D3 in the amount of 2000-5000 international units is a simple alternative when staying in the sun is limited. 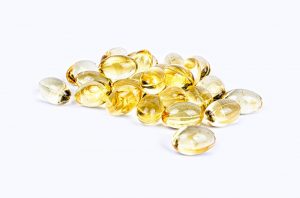 Magnesium affects more than 300 processes in the body, so its deficiency can cause catastrophic consequences for life. Objectively, due to changes in nutrition and deterioration of soil quality, magnesium deficiency is observed more often. A gradual decrease in the intake of magnesium from 500 mg per day in 1900 to the current level of 225 mg per day was registered, which is already less than the recommended daily rate.

Magnesium has a pronounced calming effect on the nervous system, so it is so important for proper sleep and stress management. Deficiency of magnesium overexcites the nervous system, provoking high blood pressure and increasing stress. Magnesium plays a role in the excretion of cortisol, as well as in the fight against inflammation.

Being well-known for its ability to increase insulin sensitivity, magnesium is a key factor in maintaining normal blood sugar levels. During the bursts of sugar, the kidneys cannot maintain the magnesium level, and this creates a vicious circle of magnesium deficiency, which leads to diabetes.

Keep in mind that regular exercise increases the need for magnesium by 10-20 percent (mainly due to profuse sweating). How to check the magnesium level? It is known that only 0.3% of magnesium is contained in the blood, the rest – in bones, muscles and connective tissues. A normal serological blood test is useless for estimating the magnesium concentration. Instead, you need to do an absolute number of red blood cell analysis. A healthy level of magnesium corresponds to a number of 5.6-6.8 mg / dL.

How to take magnesium?

The scientists’ recommendation is 10 mg of magnesium for each kg of body weight daily. The key factor is the quality of the additive, since cheap magnesium compounds, for example, oxide, cause super-relaxation of the intestine (SOR), which leads to the need to quickly run to the toilet. Look for magnesium supplements in the form of the following compounds:

Important: The best result is achieved by taking different forms in separate doses. For example, you can take magnesium glycinate after a morning workout and mixed magnesium with a subsequent meal. 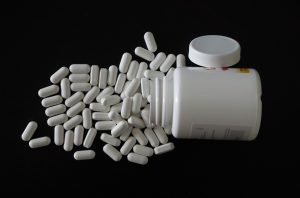 To the nutritional supplements for health, vitamin-mineral complexes also undoubtedly belong. Many people leading a healthy lifestyle believe that they receive all the necessary nutrients with food. Dietary studies do not confirm this. According to the publication in the Journal of the American Medical Association, most people do not get and cannot get the optimal amount of vitamins with food.

The graph from the report of the 2010 NHANES study shows that among all age groups in developed countries, it is the adults who consume 21 of the most important nutrients less than the recommended dose. Deficiency of vitamins D and E, and also potassium exceeds 80 percent, choline, potassium and magnesium – 50 percent. This is not surprising, given that the average resident of developed countries consumes many high-calorie processed foods with low nutritional value. However, even eating whole foods, you can experience a nutritional deficiency due to the following factors:

Related:   3 Steps to prevent pain in neck and preserve its youth and beauty

Multivitamins include many nutrients and their quality is often questionable. All minerals are bound to other substances for stability. One of the easiest ways to reduce the cost of producing such food additives is the use of mineral salts for binding. But mineral salts – carbonates, oxides and sulfates – are very poorly digested. This can be avoided by choosing minerals associated with amino acids, since the body identifies them as proteins and easily assimilates them. It can be taurate, glycinate, orotate, arginate, lysinate or citrate.

Important: Multivitamins should not contain a lot of preformed vitamin A (labeled as retinol palmitate or acetate) and magnesium, since these substances are highly toxic. Finally, folic acid should be in the bioavailable form of tetrahydrofolate, since its other forms are absorbed no more than 50%, and even then, only by people with a specific gene variation.
Back 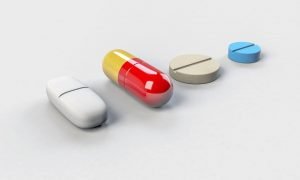 And, finally, probiotics are one of the most useful nutritional supplements for health. Probiotics are bacteria that live in the digestive tract of every human being. Unfortunately, ecology, stress, an unhealthy lifestyle and the use of antibiotics – all this causes the death of beneficial bacteria. Let us consider in detail what they are used for:

It will not be superfluous to know the types and strains of bacteria which benefits are confirmed by the results of scientific research. Here, there are seven examples of useful probiotics:

Important: The key factor in choosing a probiotic is the living microflora contained in the product. Buy probiotics in such a way as to be sure to use them before the expiration date, pay special attention to the conditions of their storage.