According to the calculations of biology scientists, a person can live in good health up to 100 and even up to 120 years. However, such a life expectancy is a great rarity. People shorten their lives with harmful habits that lead to premature aging of the body. Let’s discuss which bad habits have a negative impact on health in order for you to be able to prevent their dangerous consequences.

There is a direct connection between the health and nutrition as poor nutrition affects the mood, performance and appearance. Often, many of us snack on the go, starving for many hours and then eating late at night. About 70% of all diseases are associated with the products that we eat. Half of the people on our planet are overweight. Many people are not yet aware of the role and importance of the food they consume.

In a civilized society, over the past few years, interest in healthy nutrition has increased. One of the reasons for this interest in food is that people get sick because of malnutrition; have diseases related to the products they use, their quantity and quality. There are a number of diseases directly related to nutrition: obesity, diabetes, hypertension, atherosclerosis, heart disease, cancer.

Related:   How to get rid of gas – simple, but effectiνe methods that don’t require doctor’s help

There are 5 common nutrition mistakes almost everyone makes. Learn more about them:

In order to have enough sleep, most healthy people need at least 7 and a half hours, and only a small percentage is enough less. In addition, those who engage in sports need extra rest. The constant lack of sleep causes a chronic lack of sleep, which, in turn, leads to a decrease in working capacity, causes excessive irritability, negatively affects the state of health, metabolism and immunity.

In the case of lack of sleep, a person constantly feels a breakdown and fatigue – many take this state for hunger, believing that they just have enough to eat. For this reason, those who sleep a little tend to consume more calories than necessary. It is obvious that sleep is especially important for those who are on a diet – they have already reduced the amount of energy consumed, which unambiguously influenced the appearance of extra fatigue, and the lack of sleep will only intensify the decline of forces and cause additional hunger.

Deficiency of sleep and depression are so closely related to each other that it is difficult to say what is the root cause of this. A person who suffers from depression can not sleep properly, but someone who is constantly sleeping a little, provokes the development of depression. Unfortunately, this factor is exacerbated by the fact that chronic lack of sleep can lead to aggravation of other diseases, and not every doctor will be able to determine that the deterioration of health is primarily due to the fact that a person does not sleep enough.

What happens when we are not sleeping enough? There are the following risks:

We easily forget everything. When we sleep, the brain “sorts” the information. If we do not sleep enough, it does not have time to put everything in order.

Important: American scientists have conducted an experiment – the test group of people decreased sleep for several hours – they slept from 2 pm to 6 am. As a result, they looked much older, the skin became wrinkled, the pores widened, dark circles appeared under the eyes, reddening appeared.

Smoking is one of the main causes of the development of many lethal diseases. According to WHO statistics, about 6 million people worldwide die of it every year. The danger of smoking can not be overemphasized. When entering the body of tobacco smoke, the nerve impulses that are responsible for the condition of most organs and systems are disturbed. The consequence of smoking is the formation of multiple pathologies.

When smoking cigarettes,  more than 4,000 hazardous chemicals are released. They do harm to the body. Together with the smoke from the cigarette you breathe in:

The main harm from smoking in the body is the respiratory system, as tobacco smoke penetrates there first. Harmful substances affect the tissues of the respiratory tract, slow down the work of the cilia of the trachea. Resins settle on the alveoli of the lungs, which leads to a reduction in the area for gas exchange. Nitric oxide narrows the bronchi, significantly hindering breathing. Carbon monoxide, ammonia and hydrogen cyanide make it difficult to remove toxins from the respiratory tract. As a result, all inhaled substances and microorganisms settle in the tissues of the lungs, from which they are absorbed into the blood and carried throughout the body, provoking a wide list of diseases

Important:The consequences of the harmful effects of smoking on the body are extensive. In addition to the above pathologies, smokers risk getting type II diabetes, depression, multiple sclerosis, hearing impairment and other ailments.

Until now, there is no generally accepted definition of alcoholism. In everyday life, the term “alcoholism” means excessive consumption of alcoholic beverages and is synonymous with the concept of drunkenness. According to WHO, “alcoholism is any form of alcohol consumption that exceeds the traditional, accepted in society” food “norm or goes beyond the social habits of this society.”

By definition, adopted in medicine, “alcoholism is a disease determined by the pathological attraction to alcoholic beverages (there is a mental and physical dependence), the development of withdrawal symptoms when alcohol is stopped, and in far-reaching cases, a violation of internal organs, nervous system and mental degradation “. More often use the term “chronic alcoholism” (“alcoholic illness”). It can be said that alcoholism is a set of pathological changes that occur in the body under the influence of prolonged unlimited use of alcohol.

Alcohol consumption leads to the defeat of organs such as:

The influence of alcohol on the central nervous system is determined primarily by the fact that when it is used in its cells, it gets in the first place. It is caused by the property of alcohol to dissolve fat, the content of which in the nerve cell membrane is higher than in any other, and exceeds 60%. Penetrating the inside of the neuron, alcohol is delayed here, because its cytoplasm contains a lot of water. Actually, in the described features of the effect of alcohol on the CPF, and is its appeal to humans: after consumption, it quickly causes the excitation of the nervous system, and a person has a sense of ease and fun.

However, as the concentration of alcohol in the nerve cell increases and, accordingly, the excitation, it gradually turns into the so-called supramarginal inhibition. It is very important that, first of all, those parts of the brain that control behavior, human relationships with other people, criticality in relation to one’s own behavior fall into the pego. As a result of turning off these centers in a state of intoxication, a person becomes talkative, aggressive, and to himself he seems extremely intelligent and witty, strong and bold. It is therefore no accident that many crimes and dangerous actions that threaten the life and health of both this person and the people around him are committed in a state of intoxication.

Important: The death rate for this group of people is two or three times higher. The life span of a person suffering from alcoholism is 6-18 years shorter than that of a person who doesn’t drink alcohol at all or does this rarely. 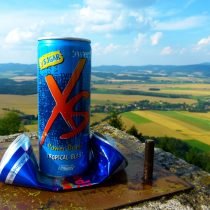