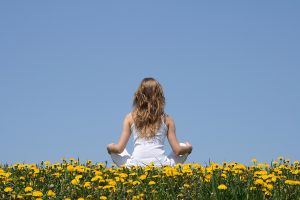 Everyone, regardless of sex and age, needs to daily saturate the body with a certain amount of vitamins. However, the characteristics of female and male physiology cause significant differences in the needs of the organism in these or other vitamins. Besides vitamins, with food a woman receives a set of microelements, an excellent source of which are vegetables and fruits.

Men and women have differences in a hormonal system, a constitution and a way of life. It is known that the female body is more exposed to the adverse effects of external factors. Bone tissue in women is more fragile, and even tooth enamel wears out faster. That’s why women even more need to have microelements on the regular basis. Want to know which exactly? Here you are offered to learn more about the most important vitamins and microelements able to improve women’s health. Microelements are called so because the daily intake is less than 200 mg. 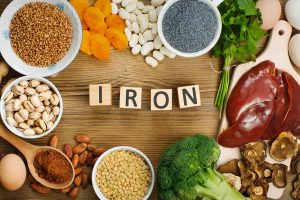 Our ancestors noticed that along with blood from the body, life goes away. And the blood began to be identified with health and vitality. In the Middle Ages anemia was considered the norm for exalted girls and was called “pale sickness”, which emphasized the characteristic emaciated form of patients. With the development of medicine, it was found that the most common cause of anemia is iron deficiency in the body. Anemia often starts developing because of the wrong eating disorders and unusual eating habits.

The degree of absorption of iron by the body is determined not so much by the content of iron in a particular product but also by the form in which it is present. Iron is best absorbed from products of animal origin:

With anemia, you need to eat vegetables and fruits that contain a large amount of ascorbic acid (it improves the absorption of iron in the intestine). But the products that we are used to consider healthy and useful – bran, coarse flour, red wine, tea, milk, coffee – it turns out, slow down the absorption of iron. And if you are trying to increase hemoglobin, they should be excluded from the diet.

Clinical manifestations of anemia are:

There are unusual desires: for example, craving for raw products, clay, ice, there is a predilection for spicy, salty, sour and spicy food. Perhaps attracted to the smell of gasoline, acetone, paint and varnish, raw wood, etc.

With a lack of iron in the body, there is an increased fragility of nails and hair. This is due to the fact that iron is necessary for all rapidly dividing cells, including cells of epithelial tissues, cells of the nail bed and hair follicles.

It was found that 1 mg of lost blood contains 0.5 mg of iron. In women of childbearing age, the main risk factor is uterine blood loss. During normal menstruation, a woman loses an average of 25-30 ml of blood, which corresponds to a loss of 12.5-15 mg of iron. Daily loss of iron is 2.4 mg, but not all women due to their physiological characteristics can adequately fill it, which leads to the development of iron deficiency anemia in different periods of life.

Iron must be taken during pregnancy to prevent anemia. The daily dose depends on the age and is 18 mg for 19-50 years, not more than 8 mg after 50 years in the menopause period. For pregnant women – 20 mg, and 33 mg in the second half of pregnancy.

Important: Anemia can provoke or worsen cardiovascular diseases.
Back 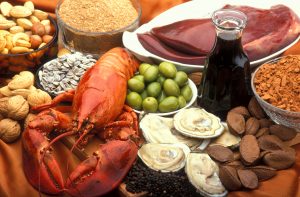 Copper performs a variety of physiological functions in the body: 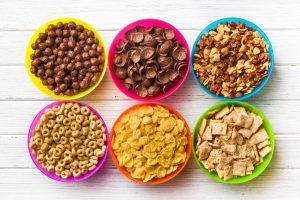 For women, the microelement is of particular importance. Naturally, such an extremely important role is directly connected with the woman’s reproductive system. So, in adolescence, the effect of zinc is reduced to the normal development of the sexual system of the girl, because the lack of a mineral can have serious consequences: later puberty, ovarian dysfunction and uterine underdevelopment.

The next stage when a woman faces an acute need in zinc is pregnancy and breastfeeding. During this period, the daily norm of consumption of a microelement should be increased by 30%, so that it can cope with increased loads on the body, since a mineral deficit can provoke:

The element is also useful in the future, since the lack of an element can provoke an early menopause in women of mature age, as well as premature graying of the hair. But, again, these are trifles in comparison with the list of problems and diseases that a woman can face, neglecting this trace element. However, it is much more likely that external manifestations of zinc deficiency make one pay attention to the problem, because beauty for many ladies is still a priority.

Related:   Top-5 Magic Properties of Massage You Should Know About

Important: The recommended norm of zinc in the daily diet is 8 mg for women.
Back 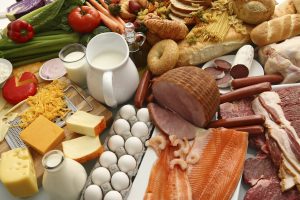 Selenium for the body is extremely necessary, especially when it comes to pregnant women. Selenium is an antioxidant. In addition, it is able to stop aging, maintain the skin turgor. With the joint intake of selenium with vitamin E, this microelement is most effective. The benefit of selenium for women is also that it enhances the growth of hair, while maintaining their healthy and beautiful appearance. Those who have dandruff, should use a shampoo for dandruff, which includes this particular microelement. Then problems with dandruff will no longer arise.

Selenium during pregnancy is very useful because in the body of expectant mothers at this time, metabolic processes occur much faster, while the need for enrichment with useful substances, minerals and vitamins increases. Thanks to selenium, the psycho-emotional background is restored, the woman becomes less irritable and receptive to the environment. In addition, selenium stimulates the activation of all protective functions of the body, favorably affecting the development of the fetus. With the constant and moderate use of this element in pregnant women, the possibility of miscarriage and development of the child’s pathologies is reduced.

Important: The daily dosage should be about 100 micrograms of the substance. People who are engaged in sports need much more selenium than in normal life.
Back 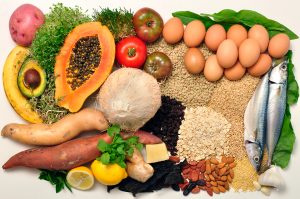 Important: In diabetes, pregnancy and breastfeeding, and also over the age of 45 years, it is recommended to additionally take chromium – for example, a brewer’s yeast powder, steaming them with boiling water and insisting for half an hour.
Back Iodine is part of the hormones produced by the thyroid gland, so it has a multifaceted effect on the growth, development and metabolism of the female body. The daily dose of iodine should be 0.15 mg for a middle-aged woman. The lack of iodine in the body leads to diseases of the thyroid gland in women.

There are a number of signs, which can help you understand that you have a deficiency of iodine in the body. For example, most often there is excessive fatigue, blurred vision, drowsiness, hair loss and brittle nails. As some experts say, with a normal amount of iodine in the body, you will feel vivacity, and your eyes will shine and radiate energy.

Related:   Treating swollen lips at home: all cases from allergy to bites and traumas

The level of iodine affects the degree of thyroid hormone production and the functioning of the thyroid gland. You can get it only with food from the outside, so it is important to choose the right foods for the diet.

Important: Iodine is a trace element, the balance of which is very important for the body. It is largely responsible for the appearance and quality of life.
Back 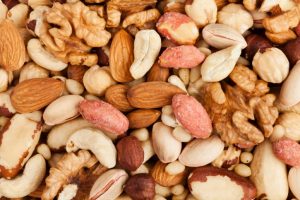 Bromine is of great importance for human health. The amount of bromine in the body is large enough and it is in the pituitary gland, kidneys, blood, thyroid gland, muscle and bone tissue. The removal of bromine from the body occurs mainly with sweat and urine.

Bromine (in the form of bromides) is used for various diseases, its main effect is sedation, so bromine preparations are often prescribed for nervous disorders and sleep disorders. Bromine salts are an effective treatment for diseases causing seizures (especially epilepsy), as well as violations of the cardiovascular system and some gastrointestinal ailments (stomach and duodenal ulcers).

Important: The daily norm of bromine for humans is from 0.4 to 1 mg.
Back 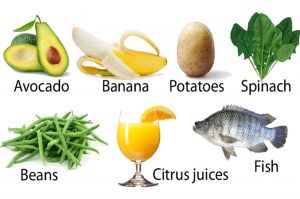 In the body of animals and humans this trace element is found in the dental and bone tissues. Fluoride strengthens teeth and increases their resistance to destruction. The necessary amount of fluoride we get drinking water. Excess

fluoride threatens the appearance of discolored spots on the teeth – although for our body it is not harmful, but unpleasant in cosmetic terms. In minimum doses, fluoride is necessary for the body, as it actively participates in the metabolism. Without fluoride, the processes of formation of the bone system, tooth enamel, dentine, rapid healing of wounds and bone fusion in fractures, assimilation of iron are violated. Of course, its most important “task” is to protect the teeth from tooth decay. This applies to pregnant women who can reduce the risk of caries in the unborn child, if during pregnancy they will consume foods rich in fluoride.

The daily requirement of fluoride, as determined by the World Health Organization, is 2-4 mg.

The amount of fluoride should not exceed our natural needs, since the excess of this substance is much more dangerous than its deficiency.

These products contain approximately 400-450 μg of fluoride per 1 kg of weight.

Important: It is recommended to exclude fluorine from your daily ration or minimize its doses during pregnancy.
Back