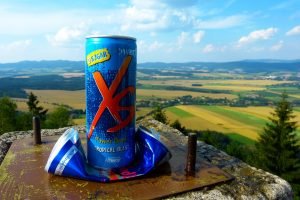 Energy drinks are not new to us. For example, Coca-Cola, known to us for more than 100 years, was introduced as an “energy booster”. Its original recipe is a combination of cocaine and caffeine stimulants in the form of coca leaves and cola nut extract. This ratio was changed in 1904. Cocaine was removed from the compound. Now, on the shelves of supermarkets, we see dozens of energy drinks, which unfortunately became the favorite drink of teenagers. But let us consider what dangers they hide. 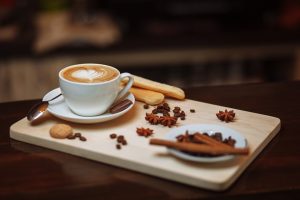 Caffeine is a common psychostimulant, which is found in tea, coffee, mate, guarana, cola nuts and some other plants. It reduces the feeling of fatigue and drowsiness, increases mental performance, speeds up the pulse, has an easy tonic effect. The period of stimulation is replaced by fatigue, which requires adequate rest. The content of caffeine in 1 bottle of energy drink is from 150 to 400 mg with the recommended upper allowable level of consumption of 150 mg per day.

The action of a cup of coffee lasts for 1 to 2 hours, the action of an energy drink is up to 3-4. In addition, almost all energy drinks are carbonated, which speeds up their action. Caffeine narrows the blood vessels, raises blood pressure – thereby causing a rush of vivacity. But, alas, not for long. After a while, a “rollback” comes, a person feels lethargic and weak, and even more than he/she felt before taking an energy drink.

Another negative effect of caffeine is that it removes water from the body, having a diuretic effect. But many people drink energy drinks and quench their thirst. It turns out the opposite effect, thirst does not go anywhere, but the body is dehydrated even more. And one more danger: caffeine is addictive. The body begins to demand more and more vivacity. If you drink often, then one jar soon will not be enough. It will be necessary to increase the dose. And get even more harmful substances.

Most disputes arise about the effects of caffeine on the heart and blood vessels. It was found that caffeine can cause a short-term increase in the pulse and increase in blood pressure. This effect has led to a ban on the use of caffeine-containing drinks by people suffering from cardiovascular diseases. For years, hypertensive patients and cores have denied themselves a cup of coffee under pain of a heart attack. The effect of caffeine on the brain is similar to that of cocaine and heroin, it can cause real dependence.

Energy drinks contain not only caffeine but also a lot of guarana, which can lead to deterioration of the heart and nervous system, can cause insomnia, increased blood pressure, tachycardia and nervous excitement as well as caffeine. Greater caution should be shown to people of advanced age, nursing and pregnant women, as well as those people who suffer from atherosclerosis and hypertension.

Related:   7 Mistakes in Nutrition That Prevent You From Losing Weight

The use of large amounts of caffeine causes:

These drinks can be consumed in strict accordance with the dosage. The maximum dose is 2 сans per day. Overdosing can lead to a sudden increase in blood pressure or a sharp increase in blood sugar levels. People suffering from heart disease and hypertension should not use them at all. This was the reason for their official ban in France, Denmark and Norway, where these products are sold only in pharmacies.

Important: Caffeine is contraindicated in people who have glaucoma, cardiovascular disease, hypertension, atherosclerosis, insomnia, increased excitability. It can cause aggravation of these diseases.

Reason number 2:  Excessive Amount of Taurin Has a Negative Effect on Brain Activity 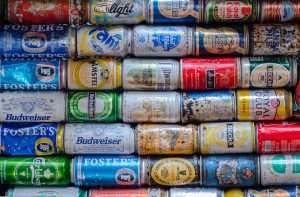 Taurine in free form is an amino acid contained in food products and produced in a living organism from the amino acid cysteine. It was first discovered in the bile of bulls, and is currently produced synthetically. Taurine is also reproduced naturally in the human body, like other vital substances.

Because of the use of taurine by the body during exercise and during stress, it has become a popular ingredient in energy drinks. Taurine has an anxiolytic effect on the central nervous system, thereby reducing anxiety symptoms associated with caffeine consumption. Despite such a positive effect, the use of energy drinks in everyday life to perform daily tasks is not the best solution.

A huge problem at the moment is the fashion for mixing energy drinks with alcohol. The daily intake of taurine should not exceed 500 mg. However, some people consume up to eight energy cans per day, which in total contains about 8000 mg of taurine. A similar amount of this element is equated with drugs, which means that it negatively affects human health.

Categorically, it is not recommended to mix taurine with caffeine, alcohol, since these are substances with an opposite effect on the nervous system and the body as a whole. Natural taurine can be useful for the body, it can be found in abundance in cow’s milk, meat, fish, eggs, seaweed (kelp – kelp).

Important: Consumption of synthetic taurine should not exceed 500 mg, while natural taurine can be consumed in large amount.

Reason number 3: Too Much Sugar May Cause Serious Dependence

Deprivation of sleep can cause the following symptoms:

Refusing the natural needs of our body for the sake of professional or any other activity, one should remember the purpose of sleep:

A single violation of the regime of the day will not lead to any serious consequences, unless you decide to spend the next day driving. Everything depends on the individual characteristics of the body. For example, if a person is accustomed to such a schedule of work, when after the night shift is still working during the day, then he just dies the clock next night.

During the next after a sleepless night of the day, a person will feel drowsy, which can be slightly facilitated by a cup of coffee, shattering, a slight deterioration in concentration and memory. Some feel a slight chill. A person can suddenly fall into a dream in public transport, sitting in line with a doctor, for example. The next night there may be difficulties with falling asleep, this is due to an excess of dopamine in the blood, but the sleep will be strong.

Sleepless night does not contribute to the readiness of the brain to the load. On the contrary, the thinking process will become slow, intellectual abilities will decrease. Absent and carelessness are satellites of a sleepy state. Of course, a person will look worse – the skin will be gray, bags under the eyes will appear, some puffiness cheeks.

Specialists note that it is enough to miss only the first 24 hours of sleep and brain disorders begin. German researchers noted the appearance of symptoms of mild schizophrenia: a distorted sense of time, sensitivity to light, wrong color perception, incoherent speech. The emotional background begins to change; the longer a person does not sleep, the more exaggerated emotions become, the laughter is replaced by causeless sobbing. After 2 sleepless nights in the body, glucose metabolism is impaired, the work of the immune system worsens. A person becomes more open to the effects of viruses.

After two sleepless nights, the strongest person will be:

Important: If you constantly deprive your body of sleep, not allowing  to rest for two or three days, then this will end with a whole bunch of diseases, including cardiovascular, hormonal systems, gastrointestinal tract and, of course, the psychiatric plan.

Within 3-4 hours after the сonsumption of energy drink, you will feel a surge of energy. But these forces are not taken from a drink. Energetic mobilizes the last remnants of our body’s strength, the energy reserves that were put off for the rainy day. It squeezes all sources of energy from the body. Take this into account when you decide to buy an energy drink next time.